So, as most of my regular readers will know, I am on a fairly tight budget permanently. Due to this, sewing can often be a fantastic game of "I know this pattern says I need 1.5m of fabric but I have 1.3 and I will make it work somehow" (and I usually can!).

But sometimes good deals pop up and I can't go past them.

Now, I know for a lot of crafters, sale fabric is their weakness. It is one of mine too, but not nearly as much as another semi-major sewing component.

Those babies are EXPENSIVE! I never knew - growing up my mother had an enourmous collection of patterns (she still does!) and so I just never cottoned on to the fact that they actually cost a bomb. The cheapest I can get is New Look which are $10.95 here, which isn't too bad, but everything else is usually $15-$20 a pattern (and we won't even get started on Vogue patterns, I've never even looked at them).

What is bad is when I go in saying "I'll just get 3, cause that's how much I have to spend on them" - my darling partner had some extra $$ this week and rather amusingly said that the amount of happiness I'd get out of three patterns was well worth the $12! - and come out with 6...

They were 3 for $12! No reason not to grab a bunch! And yes, I will be going back next week to get more. Because I have no self control.

But! Onto what I bought! 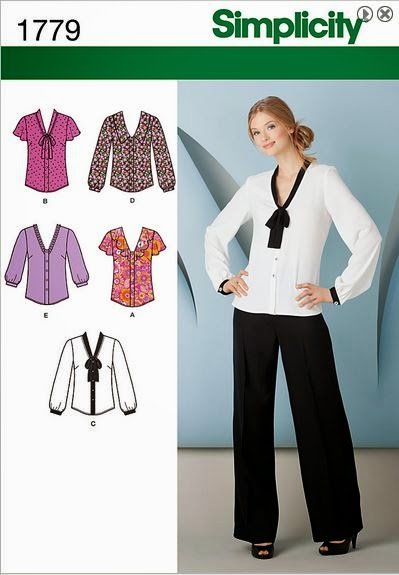 Simplicity 1779
I adore the look of all of these blouses, and since I intend to have several pretty blouses in my SWAP2014 collection, it seemed a good pattern to have. 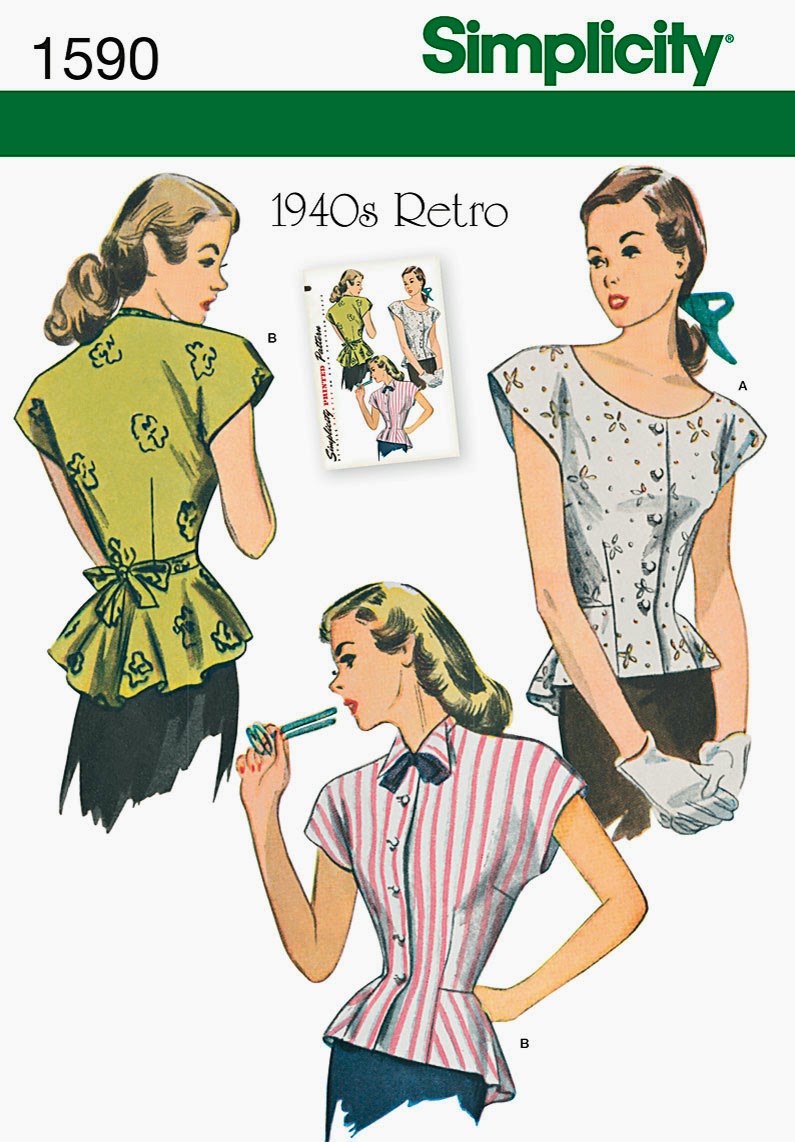 Simplicity 1590
Since I am very seriously considering joining Lucy Lucille's Sew For Victory 2014, I felt another 1940s pattern was a good plan. I do already have a Simplicity 1940s pattern (3688), but felt another wouldn't hurt. I adore the shaping on this blouse, the nipped in waist is just adorable. 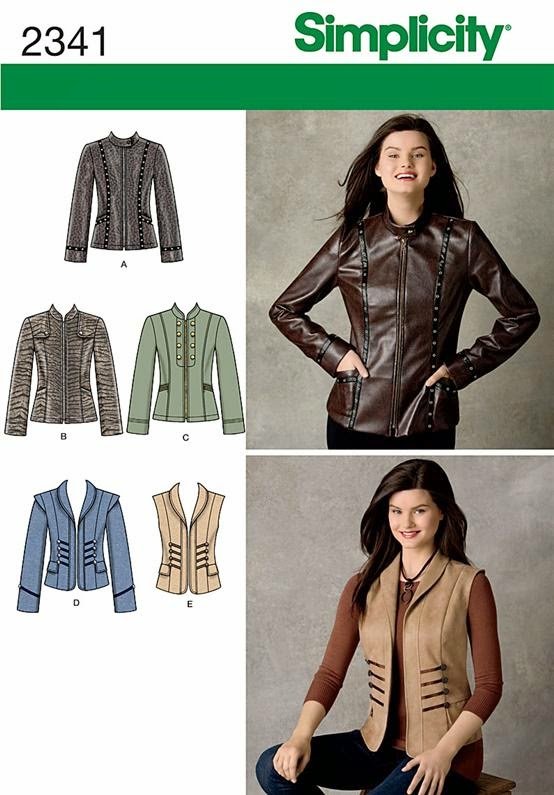 Simplicity 2341
This was a complete "Oh that's pretty, why not?" choice for me. I didn't need a military style jacket pattern. At all. But it was so gorgeous I couldn't say no. If anything, I will just have to make/put together an outfit for it to go with!

And now onto some less regular patterns 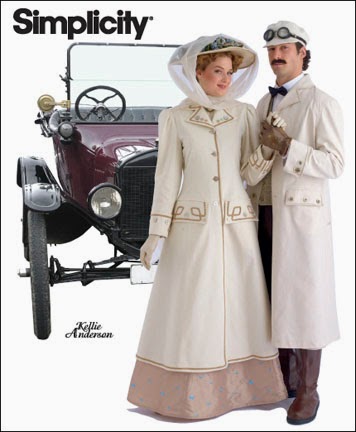 Simplicity 2581
I've been on the hunt for patterns for my darling man of late, and made a discovery that may seem somewhat obvious - short of costumes, men really do only really wear pants, shirts and jackets/coats. So while there are pages and pages of women's wear with all kinds of skirts and blouses and pants, the boys really do have it a bit harder. So costumes it was - and this one was just too gorgeous to leave out. Matching jackets? Heck yes! May have to convince my man into doing a duo costume for SanCon this year, or that we need to go to steampunk events more frequently. 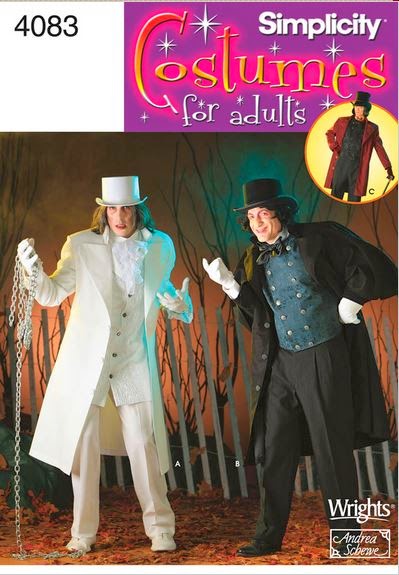 Simplicity 4083
Another costume-but-not for my man. Seriously, when did clothinng like this go out of fashion for guys?! I'd buy a regular pattern that looked like this! With two jacket variants, two waistcoat variants, a hat, a cape and two dickeys (the things that make it look like there's a shirt when there isnt - I don't really know why you wouldn't just make a shirt...) it was a great buy. The lack of pants doesn't matter as the military jacket/coat pattern I bought him lately has a pant pattern which looks lovely. Can't wait til he gets home and I can show him what he gets to plan out! 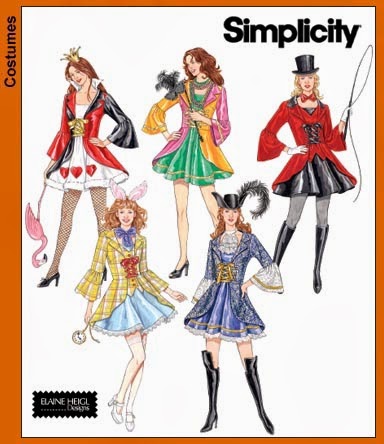 PHEW! That's a lot of patterns! For me at least. I can't wait to start making them up, one of the blouse patterns will be my first, then after that who knows!

Heather
A 5'5", blue-eyed bombshell, I love vintage, burlesque and sewing, as well as good food, cooking, and my partner!

Search Dancing In My PJs